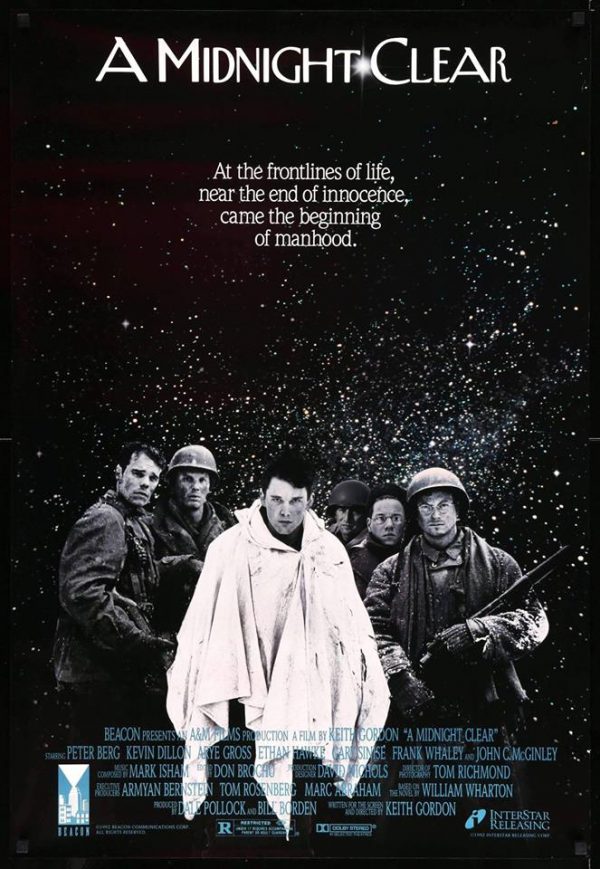 In the winter of 1944, American soldiers led by Will Knott (Ethan Hawke) are assigned to capture a small squad of German soldiers posted in France’s Ardennes forest. Tired of war, the Americans have already lost half their division and discover that their German enemy is equally unwilling to fight. With Jewish soldier Stan Shutzer (Arye Gross) interpreting, the Germans and Americans agree on a plan that will let the former surrender without violence — but then, tragedy strikes. Also starring Gary Sinise, Kevin Dillion and Peter Berg. “A Midnight Clear” was shot entirely in and around Park City, including inside what is now Park City Library building.

Post-film discussion with producer Bill Borden and others TBA. Part of the Made in Utah Film Series presented in partnership with Park City Museum.

This event will be held at the Jim Santy Auditorium, 1255 Park Avenue, on November 12 at 7pm.