America’s Road: The Journey of Route 66

Route 66 is emblematic of the American experience. Nearly every aspect of 20th century United States history is reflected in the story of the people and events along the Mother Road. Those who take the journey down Route 66 today can still explore the Main Street of America. Nearly a hundred years of highway culture can be found, whether a thriving relic or decaying ruin. Thousands of people from around the country and around the world drive all or portions of the Route each year. The highway stretches 2,448 miles and crosses through eight states, tracing the migration of people from the Midwest to the Pacific coast.

The Park City Museum is pleased to host NRG! Exhibits’ America’s Road: The Journey of Route 66 exhibition. This exhibit shares the history of and fascination with one of the world’s most famous highways. It includes photographs, narrative, music, and objects from the Route 66 heyday. It is appropriate for all ages. 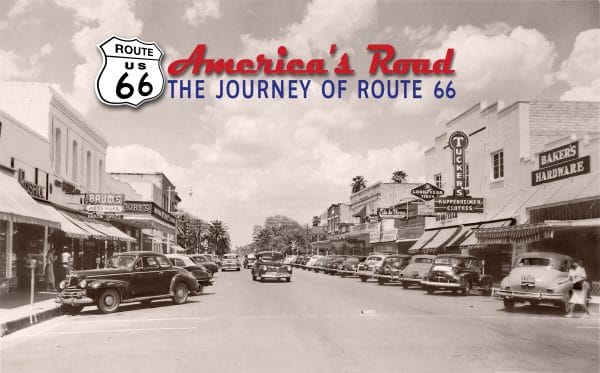