The Park City Museum is proud to host the Smithsonian traveling exhibition “Righting a Wrong: Japanese Americans and World War II” from June 19 to October 4, 2020. The exhibition examines the complicated history and impact of Executive Order 9066 that led to the incarceration of Japanese Americans following the attack on Pearl Harbor.

Embracing themes that are as relevant today as they were 75 years ago, “Righting a Wrong” looks at immigration, prejudice, civil rights, heroism, and what it means to be an American. The exhibition explores the complex history through historical images, personal stories and objects from those incarcerated at the camps. A duffle bag used by the Imada family when they were relocated to the Gila River camp in Arizona reflects the restrictions to bring only what they could carry. Takeo Shirasawa’s 1943 high school diploma from the Poston camp in Arizona exemplifies the experience of thousands of other teens who had to complete their high school education in camps.

Following the attack on Pearl Harbor by Japan on Dec. 7, 1941, President Franklin Roosevelt signed Executive Order 9066 which sent 75,000 Americans of Japanese ancestry and 45,000 Japanese nationals to incarceration camps. Ten large, barbed wire-enclosed incarceration camps and dozens of other installations were scattered west of the Mississippi, far from their homes from March 1942 to March 1946. Young and old lived crowded together in the hastily built camps, endured poor living conditions, and were under the constant watch of military guards for two and a half years. Meanwhile, brave Japanese American men risked their lives fighting for the United States. 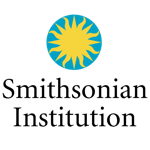