A Woman Speaking to Women: The Political Art of Nina Allender

Allender created the cartoons first for The Suffragist, the weekly publication of the National Woman's Party from 1913 until 1921, and later for its successor, Equal Rights, published from 1923 until 1954. The National Woman's Party (NWP) was the only suffrage organization to boast an "official cartoonist." Other cartoonists' works also appeared on the covers of The Suffragist, but Allender's were unique. She was one of the principal cartoonists who helped change the mainstream image of the suffragist as unattractive, selfish, and rowdy. She created a suffragist image labeled the "Allender Girl,” who was young, slender, and energetic—a capable woman with an intense commitment to the cause. Allender used her illustrations to present a spectrum of women: feminist, wife, mother, student, and activist. Today she is considered one of the most significant political artists of the era, capturing the spirited struggle for women's rights as it happened and providing a unique window into this intense chapter in women's history.

A Woman Speaking to Women: The Political Art of Nina Allender features cartoons, publications, and photographs taken directly from the National Woman’s Party collection at the Belmont-Paul Women’s Equality National Monument. It will be on display at the Park City Museum from November 27 through January 13. 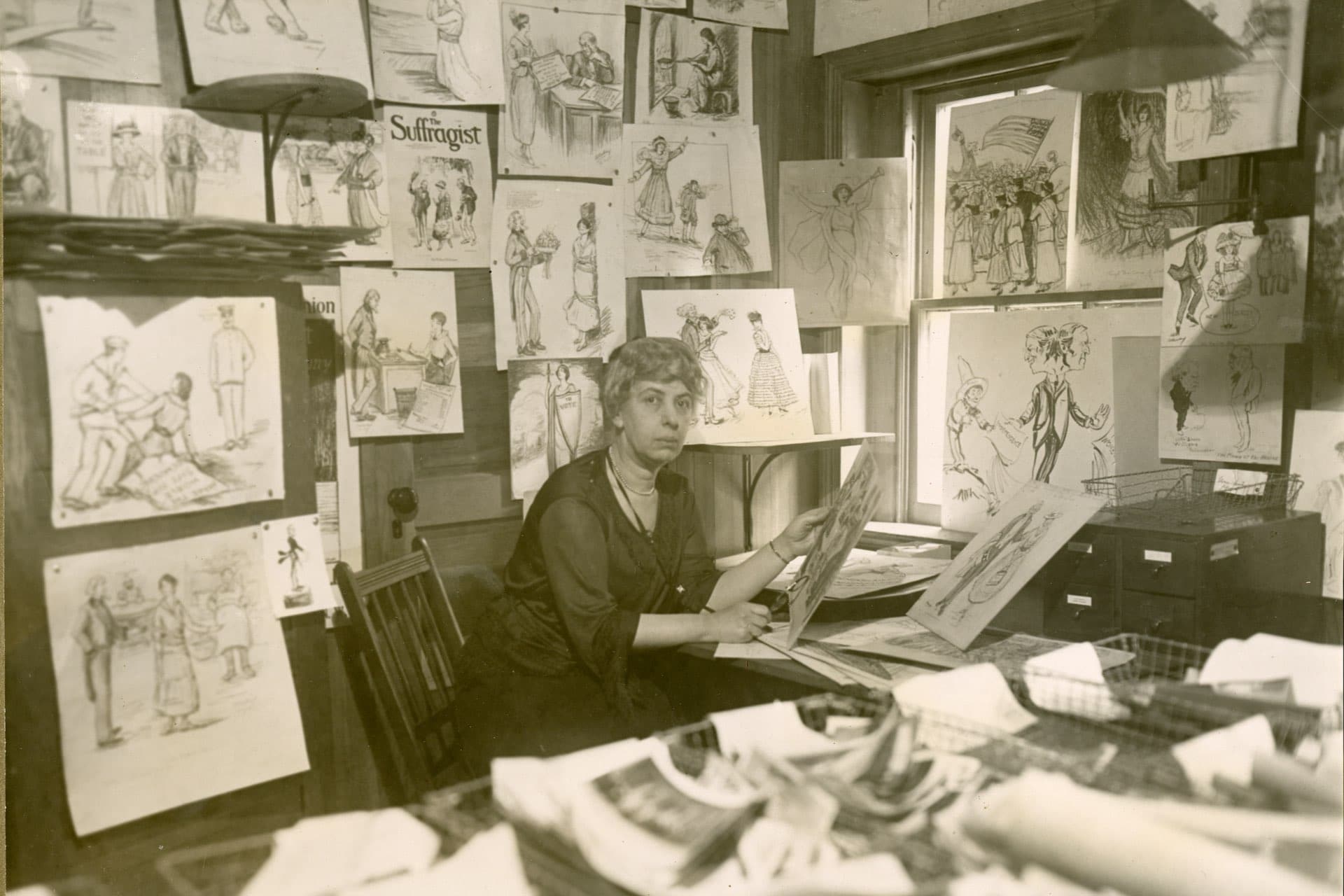 Nina Evans Allender (1873-1957) in her studio circa 1921 Courtesy of the National Woman’s Party at the Belmont-Paul Women’s Equality National Monument “Mrs. Allender … has a keen political sense. She has translated this aspect of the feminist movement in terms that women alone can best appreciate. It would be impossible for any man to have done Mrs. Allender’s work. A woman speaking to women, about women, in the language of women.” — Up Hill with Banners Flying: the Story of the National Woman’s Party Inez Haynes Irwin, 1964