Throughout the nineteenth century as Americans pushed west toward the Pacific, they were fascinated by westward expansion in North America. Printed imagery—lithographs and engravings—played an important role in the dissemination of knowledge and understanding about the West and its inhabitants. Now visitors to the Park City Museum’s new exhibition, Imprinting the West: Manifest Destiny, Real and Imagined will see hand-colored engravings and lithographs that explore these depictions and the influence the artists had on the perception of the wild west.

In 1803, President Thomas Jefferson purchased the expansive territory, known as Louisiana from Napoleon, King of France. This transaction extended the young country’s boundaries by 828,000 square miles, including all of present-day Arkansas, Iowa, Kansas, Missouri, Oklahoma, and parts of Colorado, Louisiana, Minnesota, Montana, New Mexico, North Dakota, South Dakota, Texas, and Wyoming. The Louisiana Purchase set the stage for exploration, migration and settlement, in addition to struggle and conflict. Convinced that God wanted the country to extend to the Pacific Coast—the idea called “Manifest Destiny”—scores of Americans, including painters and printmakers, moved west.

The westward expansion in the nineteenth century was closely intertwined with the experiences of the native peoples. The exhibition’s artists, including George Catlin and Frederic Remington, sought to document the indigenous people of the west along with migration to the west. Artists often accompanied governmental geographical surveys and created images to illustrate official publications. Others sold engravings to popular periodicals, such as Harper’s Weekly, or to the mass market. Whether real or imagined, these lithographs and engravings informed the rest of America and the world about Native Americans and America’s western landscapes and its natural resources.

Imprinting the West: Manifest Destiny, Real and Imagined is toured by ExhibitsUSA, a national program of Mid-America Arts Alliance, and curated by Dr. Randall Griffey, associate curator of modern American art at the Metropolitan Museum of Art in New York. ExhibitsUSA sends more than 25 exhibitions on tour to more than 100 small- and mid-sized communities every year. Based in Kansas City, Missouri, Mid-America is the oldest nonprofit regional arts organization in the United States. More information is available at www.maaa.org and www.eusa.org. 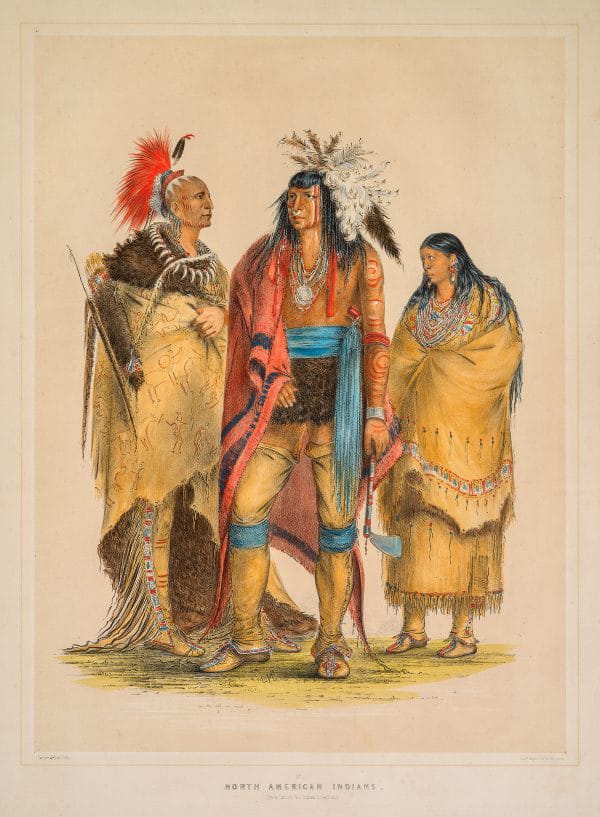