Lines with Power and Purpose

On a daily basis, editorial cartoonists deliver biting social commentary made palatable through amusing and well-crafted illustration. Lines with Power and Purpose: Editorial Cartoons features over forty original editorial cartoons from the nation’s great metropolitan newspapers during the Golden Age of print journalism. Included in the mix are six Pulitzer Prize–winning cartoonists, each demonstrating the theme of political commentary through editorial illustrations and addressing issues from the first half of the twentieth century.

These deceptively simple drawings frame the public’s understanding of early-to-mid twentieth-century world events and trends ranging from the two world wars, the great depression, public discontent with the US government, presidential elections, daily battles regarding work-related rejection, nostalgia for homespun neighborhood charm in the Midwest, and more. Along the way, these cartoons served a dualistic intention: to provide welcomed comic relief as well as shape opinion.

The cartoonist draws strength from the limited conventions of the newspaper context. Just as the strict rules of a haiku challenge the poet to create exactly the right mood within the tight construction of very few words, the editorial cartoonist presents a powerful distillation of political argument through a single image and maybe a few well-placed labels or a short caption.

To accomplish this underappreciated feat, cartoonists develop their own language—a language taught to and subsequently shared with their readers. Standard symbols such as the oft-used Uncle Sam or Statue of Liberty evoke abstract concepts such as nation, patriotism, and public interest. On a darker side, cartoons reveal the inherent cruelty of prejudice, xenophobia, and ignorance.

Political humor relies on an informed and receptive audience. Headline stories prime newspaper readers to more quickly grasp the cartoonist’s unique take on the news of the day. A talented cartoonist makes even complex political arguments accessible to ordinary citizens. The friendly strokes of the cartoonist’s pen often belie the rawness and reality of the issues at hand. This exhibition of editorial cartoons convey how cartoons effectively expose hypocrisy, reveal contradictions, introduce news ideas, and promote fresh perspectives as news events unfold.

The Melton Gallery at the University of Central Oklahoma, curator of the exhibition, has housed this set of political cartoons for more than three decades. This exhibition was organized by ExhibitsUSA, a program of Mid-America Arts Alliance. 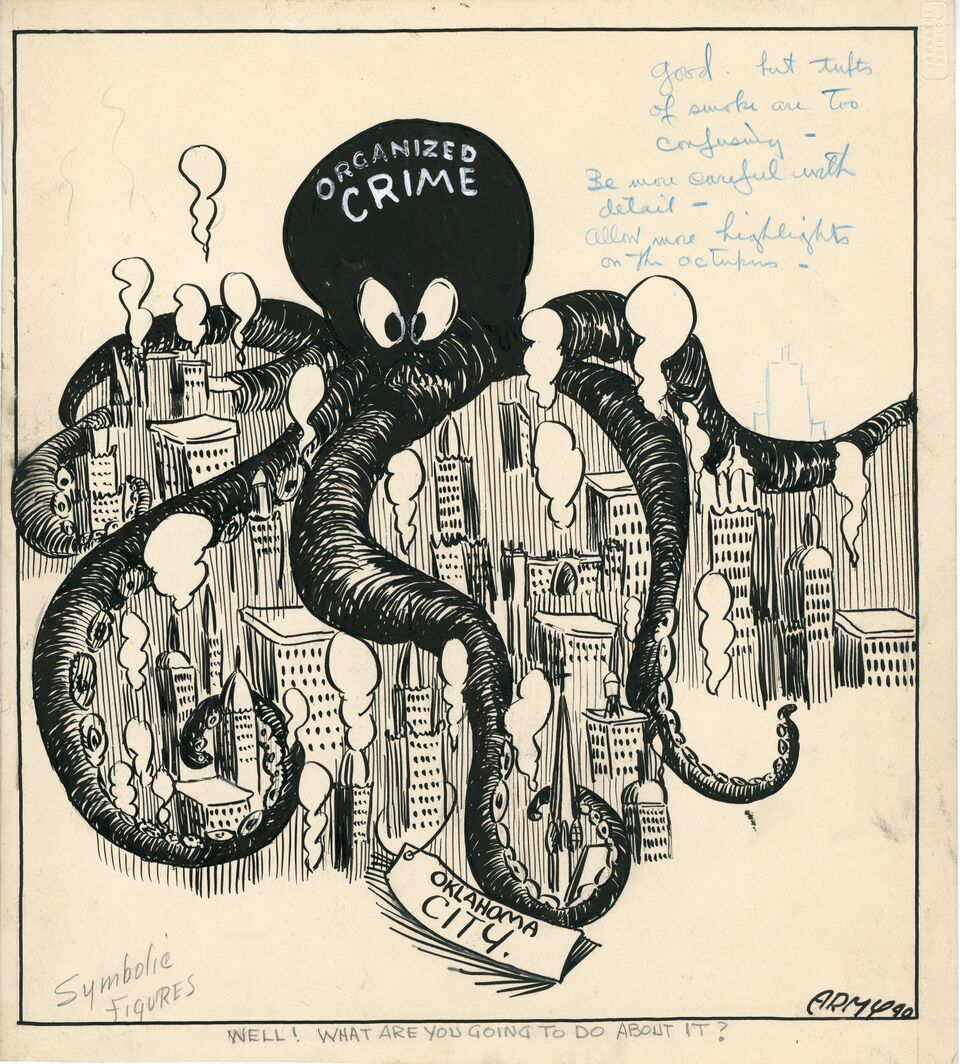