Sounds of America’s pastime: the crack of the bat, the roar of the crowd, the cheers of “Atta girl!”. While the 1992 film, A League of Their Own, introduced contemporary audiences to the WWII-era All-American Girls Professional Baseball League, women’s baseball actually began with the creation of the Vassar College team in 1866.  Women were paid to play ball less than a decade later, and a surprising number of women were included on 20th-century men’s teams.

Linedrives and Lipstick showcases many of the pioneering players who garnered cheers from adoring fans – and braved critics’ jeers – as they barnstormed across the country from one game to the next.  While the boys of summer remained paramount in the minds of many fans, their female counterparts played with enthusiasm and pride on teams like the All-Star Ranger Girls, Philadelphia Bobbies, Rockford Peaches, Black Sox Colored Girls, and Racine Belles.

Their hard work and dedication earned them a place in the public eye.  From the covers of national publications including the Saturday Evening Post and Collier’s to advertisements for soap and other household products, women ballplayers became inspirational icons and national celebrities.  From early games played before small, yet curious crowds in 1875 to the All-American Girls Professional Baseball League’s 1948 season that attracted 910,000 paying fans, the history of women’s baseball was as exciting and tumultuous as a fast-paced game.  Linedrives and Lipstick celebrates the legends and landmarks of the dedicated women athletes who hit, fielded, slid, and caught with passion.

A Program of ExhibitsUSA, a national division of Mid-America Arts Alliance and The National Endowment for the Arts. 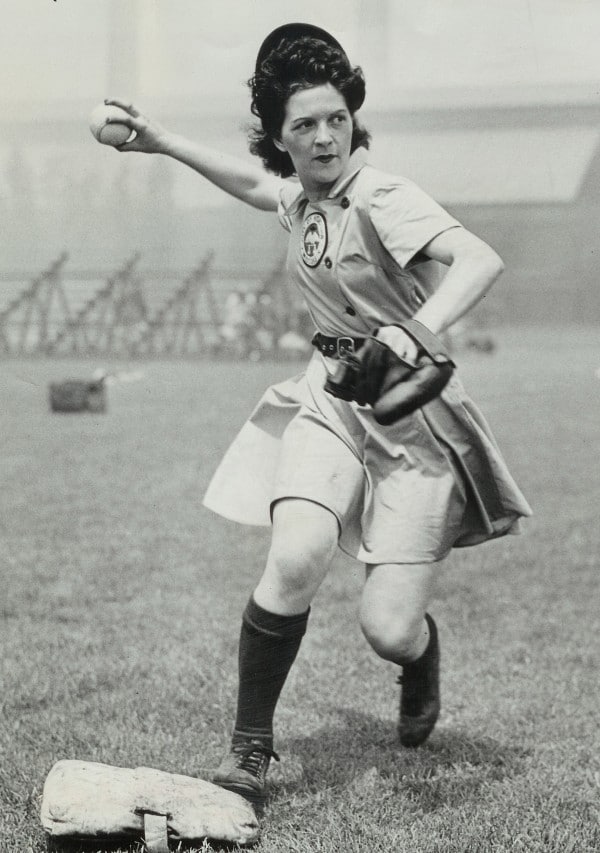