Before it was a Ski Area, "Jupiter" was a Local Mine

Jupiter is one of the legendary areas to ski and ride at Park City Mountain. However, long before there was a Jupiter chairlift there was a Jupiter mine. The only signs of the substantial mining activity that remain today are a waste rock pile and an ore bin.

The Jupiter mine always had great promise but never achieved the ranks of the big producers of the Park City mining district. Assessment work for the mine was performed in the 1880s, claims were filed, and a company was formed by an investment group from Council Bluffs, Iowa. David Street was mine manager.

Mr. Street developed and worked the claim with a small force of men. Ore shipments were always intermittent. By 1890 tunnels had been driven into the side of the mountain at several levels including a 900-foot lower tunnel.

One can only imagine the difficulty of working in the Jupiter area in the late 1800s. In the winter months snow and cold were a tremendous challenge. In February 1891, the Park Record reported the following:

“Chas L Street informs The Record that there have been fifteen snow slides in and about the head of Thaynes canyon during the present winter, one of which passed over the blacksmith shop at the Jupiter mine. One of these slides was all of three quarters of a mile in length. So far, no damage has been done nor any lives lost.”

Injuries and accidents were a frequent occurrence. In 1892 the Park Record reported the Jupiter mine boarding house caught fire and the building and contents were destroyed.

Shipping ore was also a problem due to the remote location of the mine. During the relatively short summer months, teams hauled ore down a substandard road in Thaynes Canyon to the ore bin, used for storage. In an effort to improve the situation, a petition was made to establish a county road between Park City and Brighton Lake through the canyon, but this effort failed.

Mr. Street continued to work the Jupiter Mine into the late 1890s. However, after nearly 20 years of effort Mr. Street sold his lease to Oscar L. Lawrence in 1899.

Mr. Lawrence and his investor group extended the incline tunnel into the mountain over 1,000 feet, drove a 300-foot crosscut tunnel, built a boarding house at the site and made numerous other improvements. In April 1906, the Jupiter Mine incorporated and reported a capital stock value of $300,000 with shares at the par value of $1. However, by late 1906 Mr. Lawrence was again looking for additional capital. He continued his quest for funding into 1908 without success. One can assume that work simply stopped for lack of capital and there was the expectation that work would resume any day, but as was the case of so many of the mines, that day never came.

The Jupiter Ore Bin is located on the West Face of Jupiter Bowl. Given the steep slope behind the structure, the first step required digging all the post supports to reveal below surface damage. The structure was jacked up to allow installation of concrete foundation and footings. Then all the rotting post supports replaced. The final steps including installing a new corrugated roof to eliminate the build-up of snow inside the ore bin during the long harsh winters. About 90% of the stabilization work was completed in 2018, with the the project completed in 2019.  Skiers, bikers and hikers can imagine what a harsh and lonely life it was for miners who worked at this mine and lived in the boarding house here. They were a long way from Park City and hauling the ore was an arduous trek by wagon or sleigh down Thaynes Canyon. 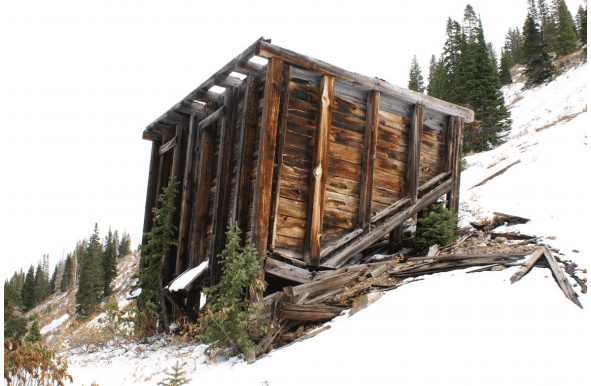 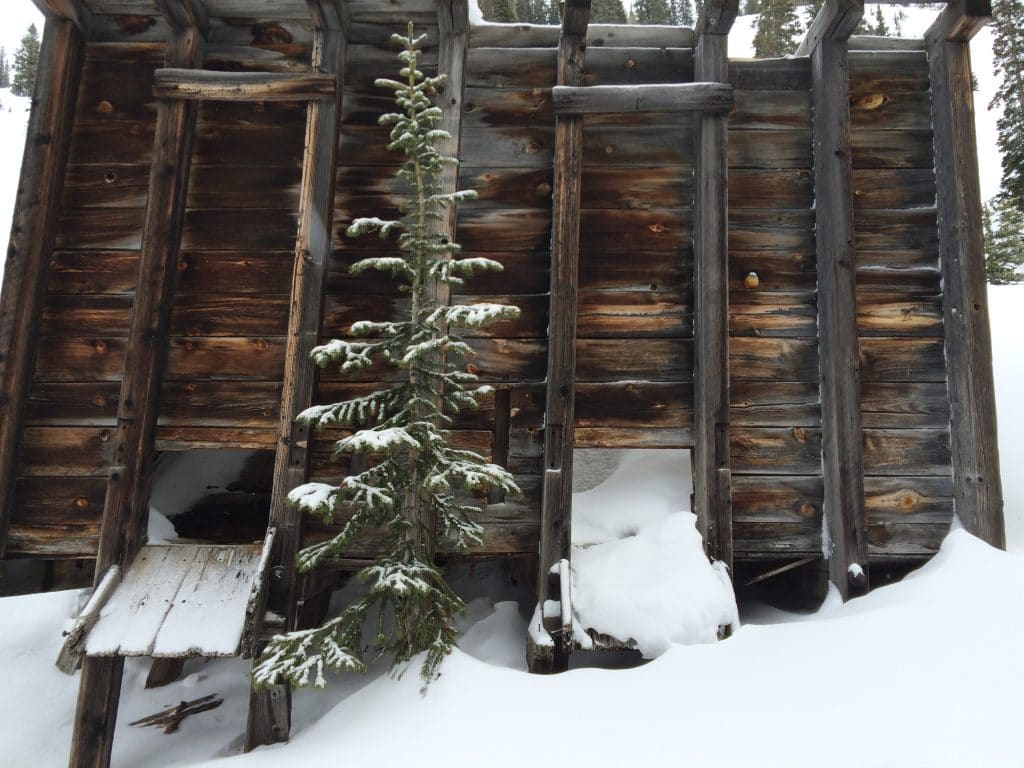 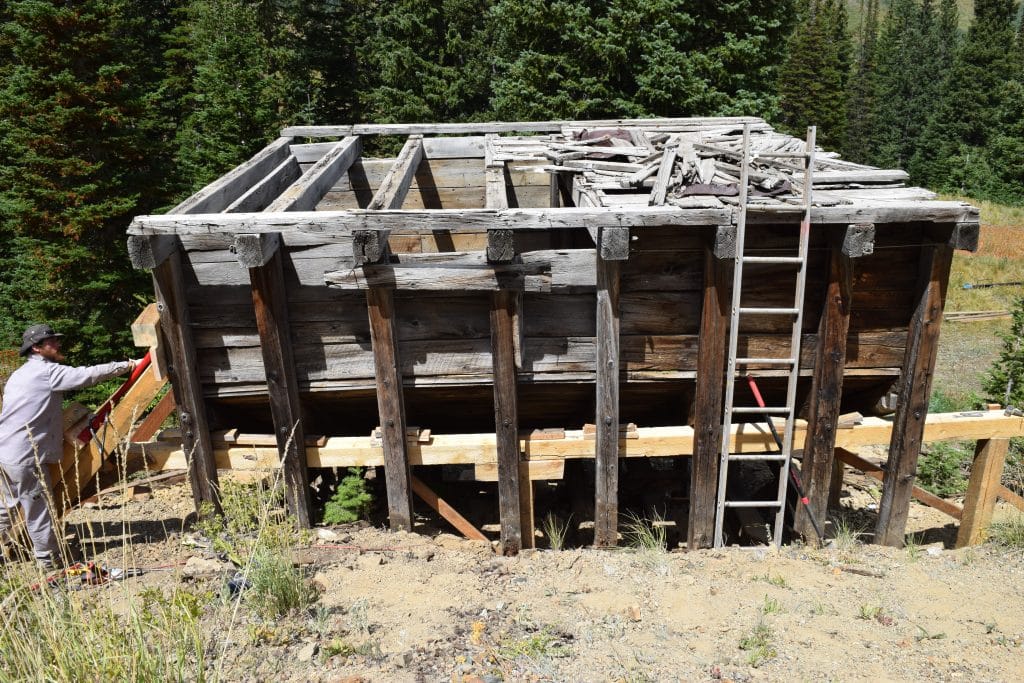 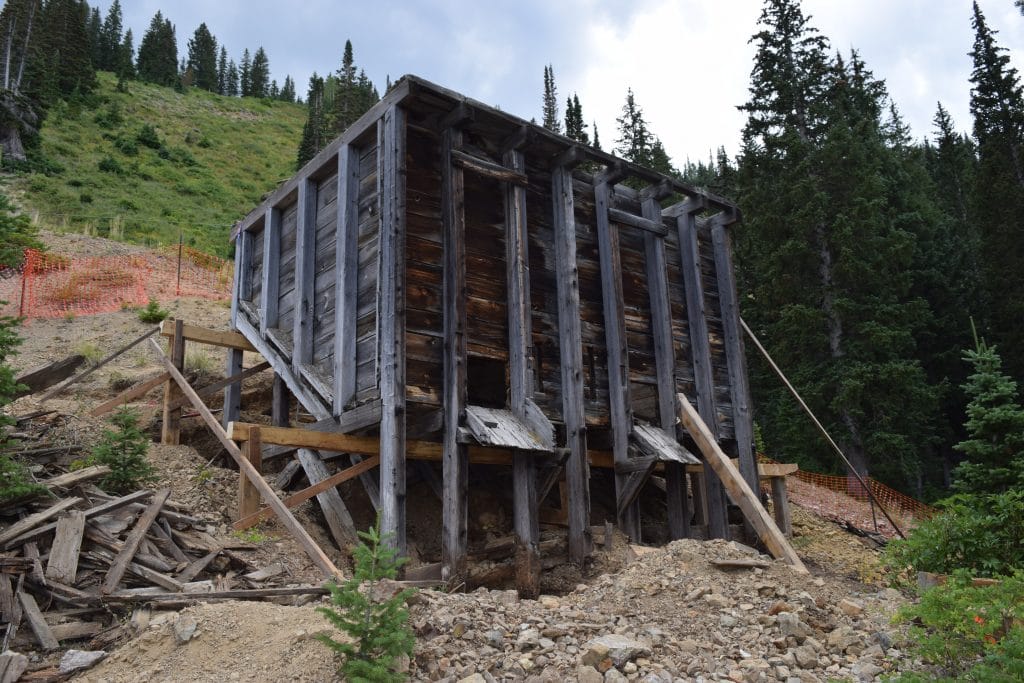 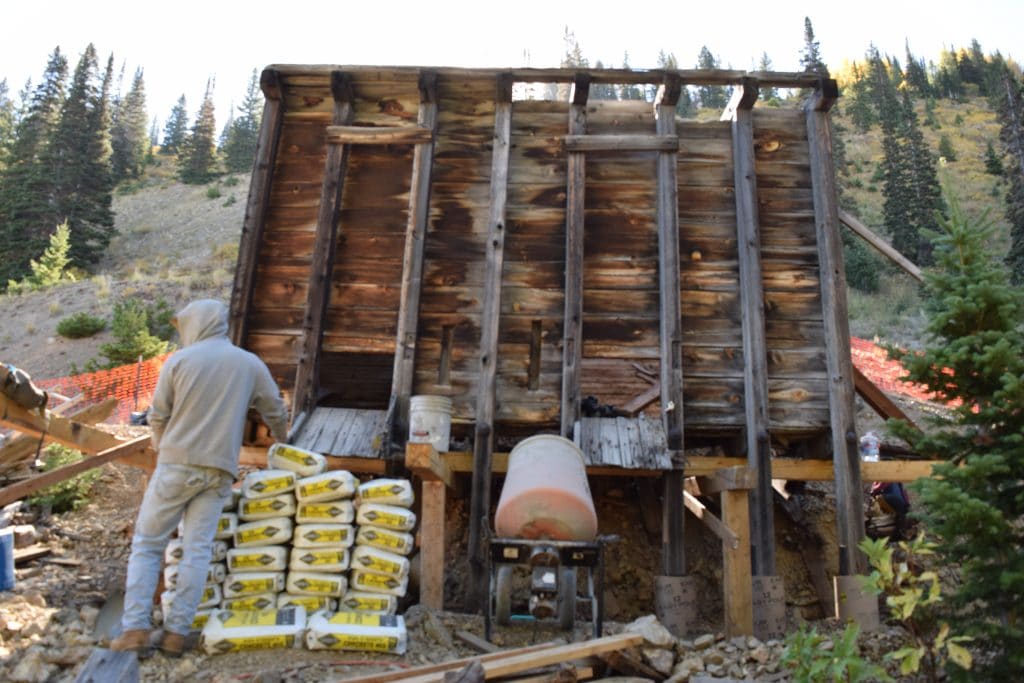