South of today’s Thaynes Chair Lift loading station is the Thaynes shaft, a western shaft of the Silver King Coalition Mine.

As the Great Depression swept across the USA, metal prices plummeted nationwide and Park City’s mining economy struggled. In 1933, President Roosevelt announced the government would purchase domestically mined silver at a premium. The news prompted the Silver King Mining Company to dig a deep shaft to access the Spiro Tunnel 1,800 feet below and explore for ore bodies.

The steel headframe, shaft house and headquarters were completed early in 1937. The shaft reached the Spiro Tunnel in May 1939 and provided access to new ore, while helping ventilate some of the old workings. Sinking the shaft, however, created vast quantities of waste rock. Needing to remove this overburden material quickly and inexpensively, a long wooden conveyor was installed to carry the rock away, creating the enormous gray pile of rock just west of the shaft.

Thaynes Canyon ground had produced great wealth for the owners of the Crescent Mine to the north, the Apex and Keystone Mines to the south, and the California Comstock owners to the southwest. Silver King Coalition owners built this complex to continue prospecting the surrounding area.  Unfortunately, the price of silver collapsed and the Thaynes Shaft was closed to mining in 1947.

The equipment was resurrected to serve from 1965 through 1969 as the world’s most unique ski lift. An electric motor pulled skiers in purpose built man cars through the Spiro Tunnel to the base of the Thaynes Shaft.  Then the Nordberg Electric hoist lifted skiers up the 1800’ shaft to ski in Thaynes Canyon. It operated as a primary lift on windy days when the Gondola couldn't run and otherwise to delight intrepid skiers with the fascinating world of underground mining.  A real old timer to Park City skiing is one who was lucky enough to have participated in this unusual arrangement.

For many years after the hoist ceased to bring skiers to the surface to ski, tourists and history buffs were treated to a ride through the underground tunnels to the collar of the West End shaft where a museum of mining was arranged.  Guides were professionally trained to tell the story of mining in Park City.  The rusty old cars, especially built to transport tourists, are on exhibit at the Park City Museum.  Today, the Spiro Tunnel is maintained by Park City Municipal because it is a major source of drinking water for the town.

This structure shot to the top of our priority list since it was in great risk of collapsing from the abundant snowfall during the winter of 2017-18 . Visible from the Keystone and Hoist runs and from the Thaynes Lift at Park City Mountain Resort, the conveyor is one of Park City's more unique mining structures. Fearful that if one part of the conveyor fell over, the entire connected structure would follow in a domino effect, we began planning in spring 2018 to save it. Work could only start on the conveyer in early July because of the late snow melt and finished in mid-September. During this short time, the east-west conveyor was temporarily stabilized with timber cribbing. Excavation on the north-south conveyor was completed, new footings and foundations installed, and rotted timbers replaced. Over the next two summers, we completed the work to save it.

With the Silver King Headframe complex, these are the last two of our high priority structures to save. We plan to work on the Thaynes complex in parallel with the Silver King for efficiency reasons. Arresting the subsidence by capping the shaft is our first priority, after which we will begin work to restore the headframe and hoist complex. Our goal is to complete the stabilization and restoration work by 2027 which is dependent on raising at least $3 million during our capital campaign. We will then offer guided tours of the complex.

Learn More By Reading These "Way We Were" Articles" 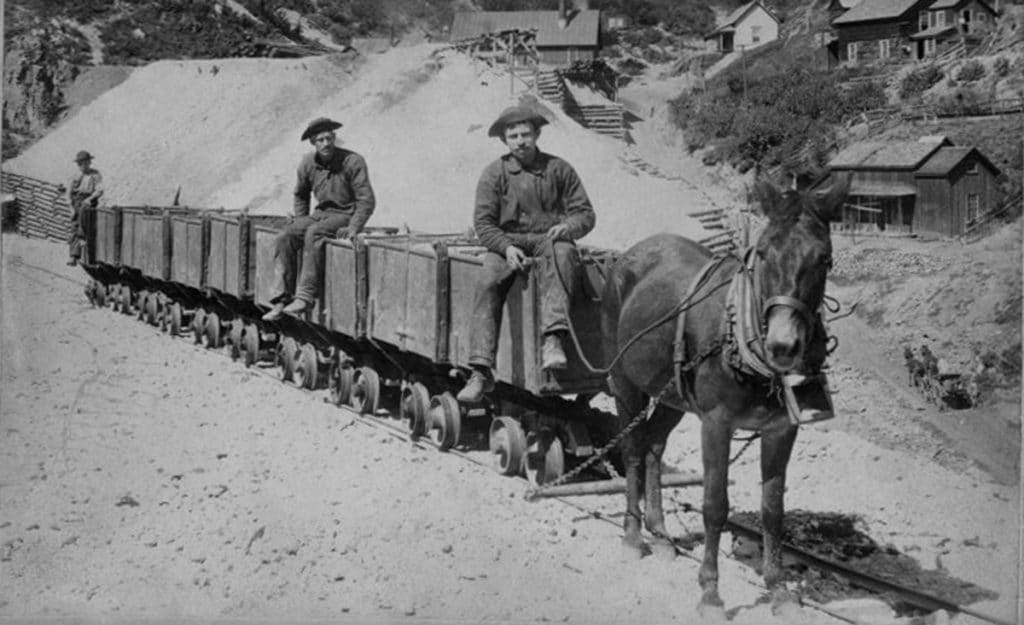 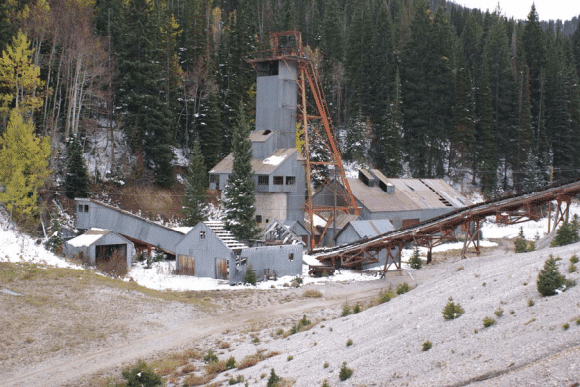 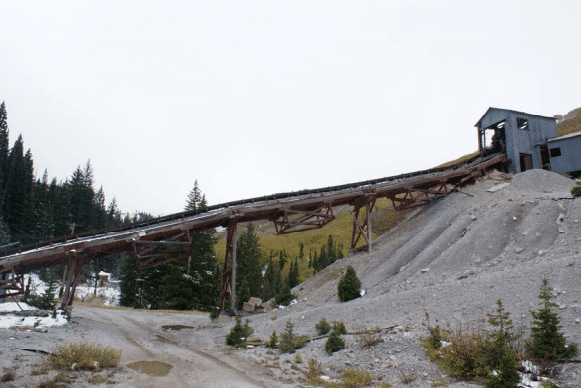 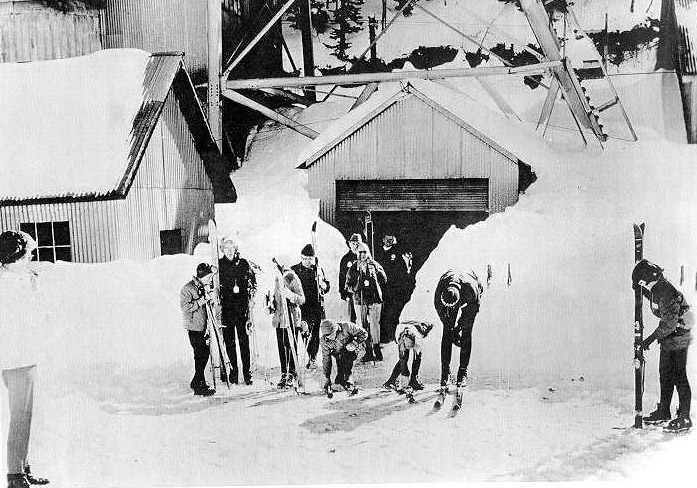 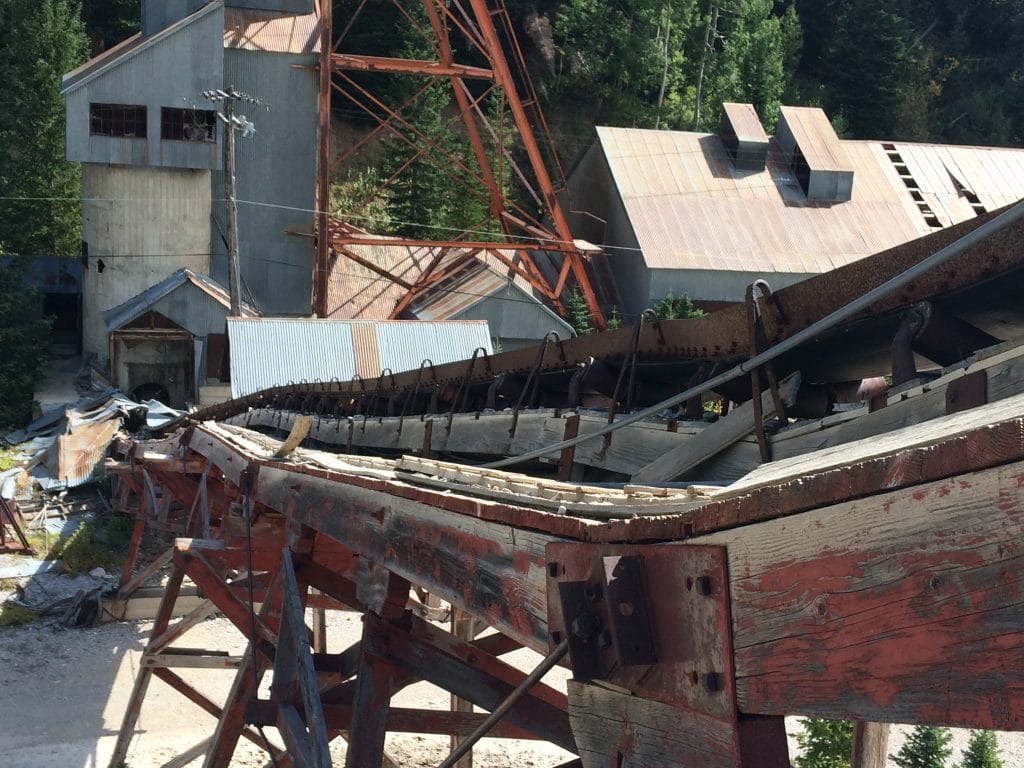 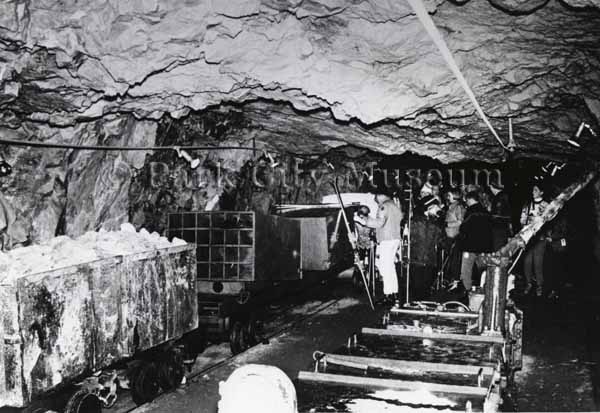 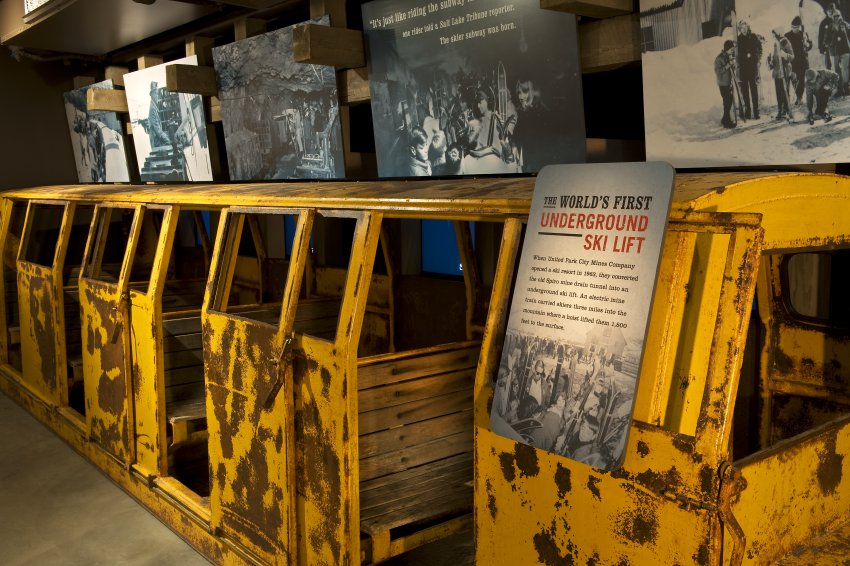 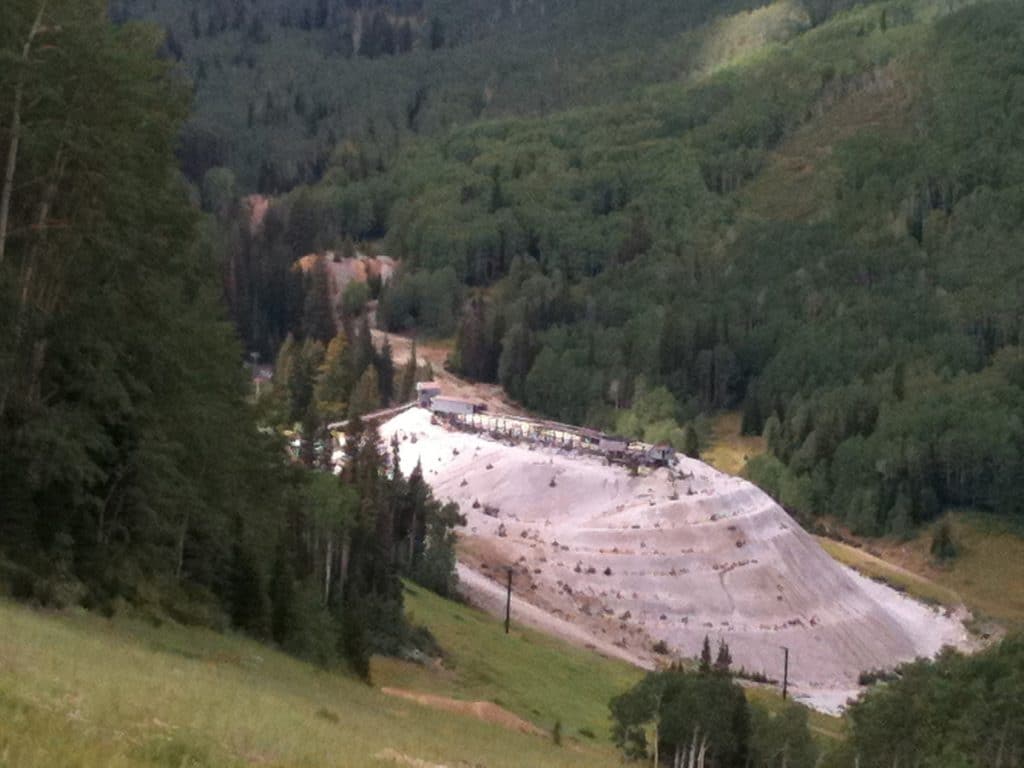 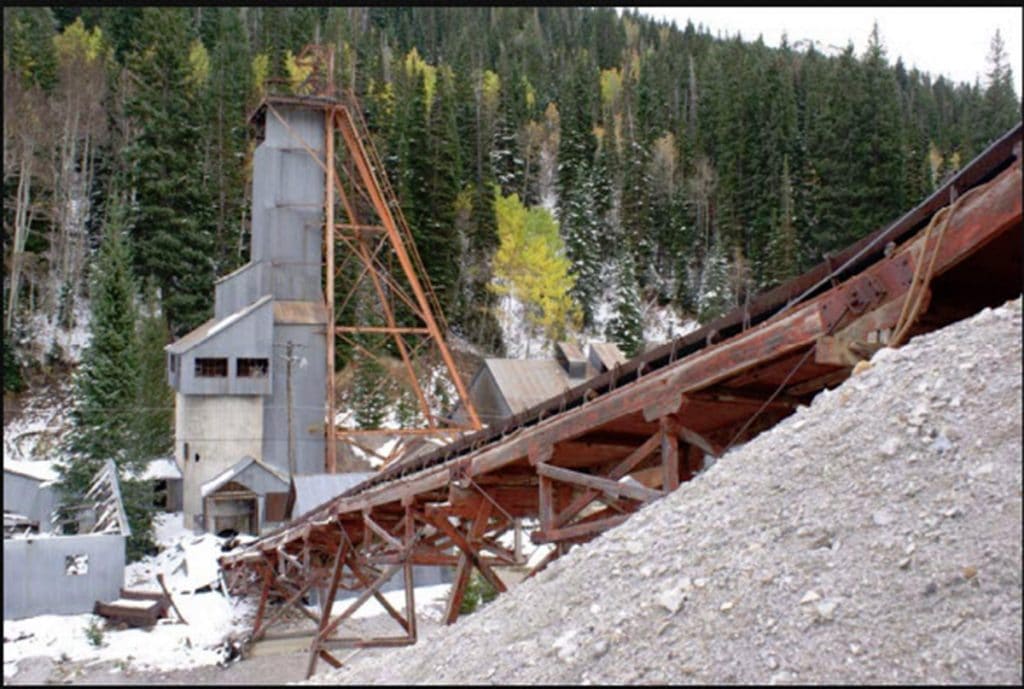 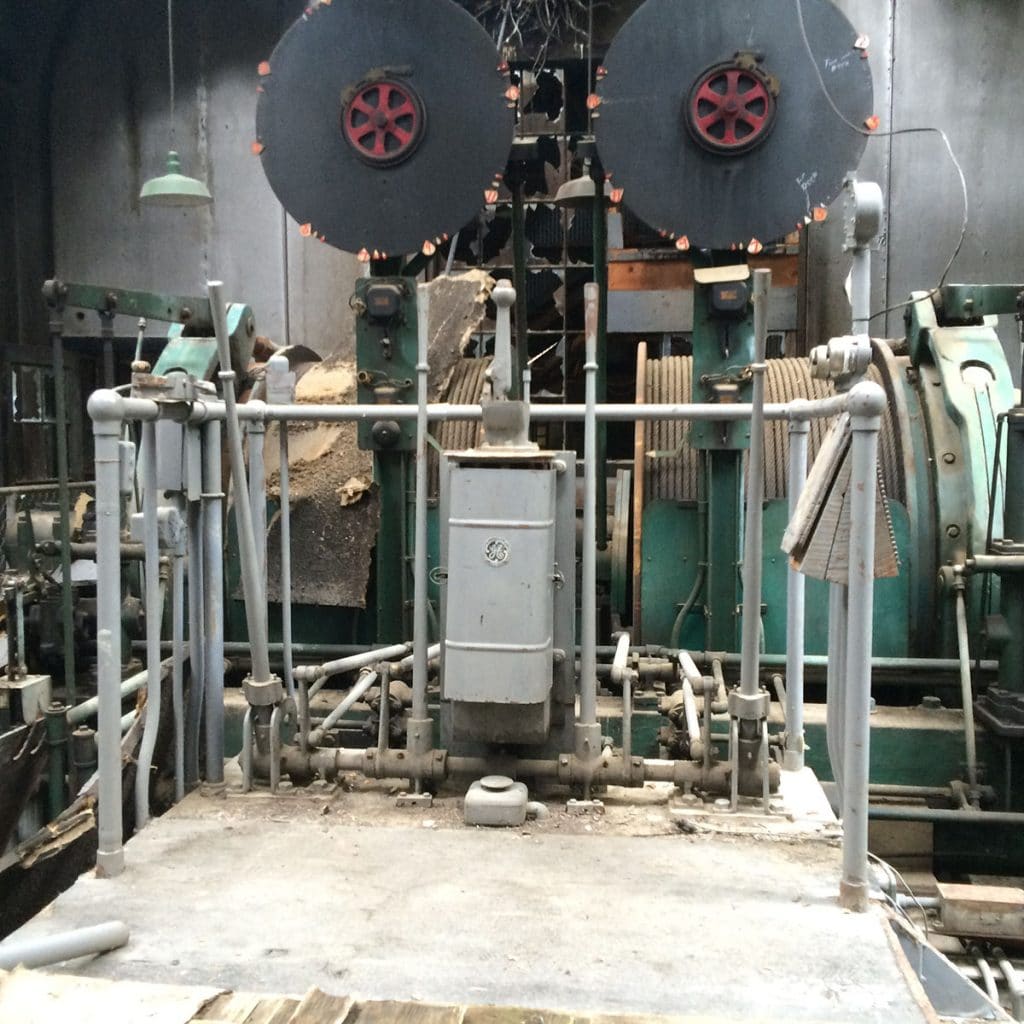 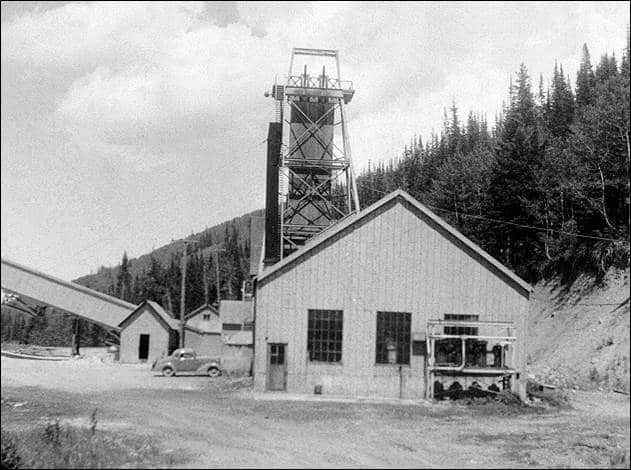 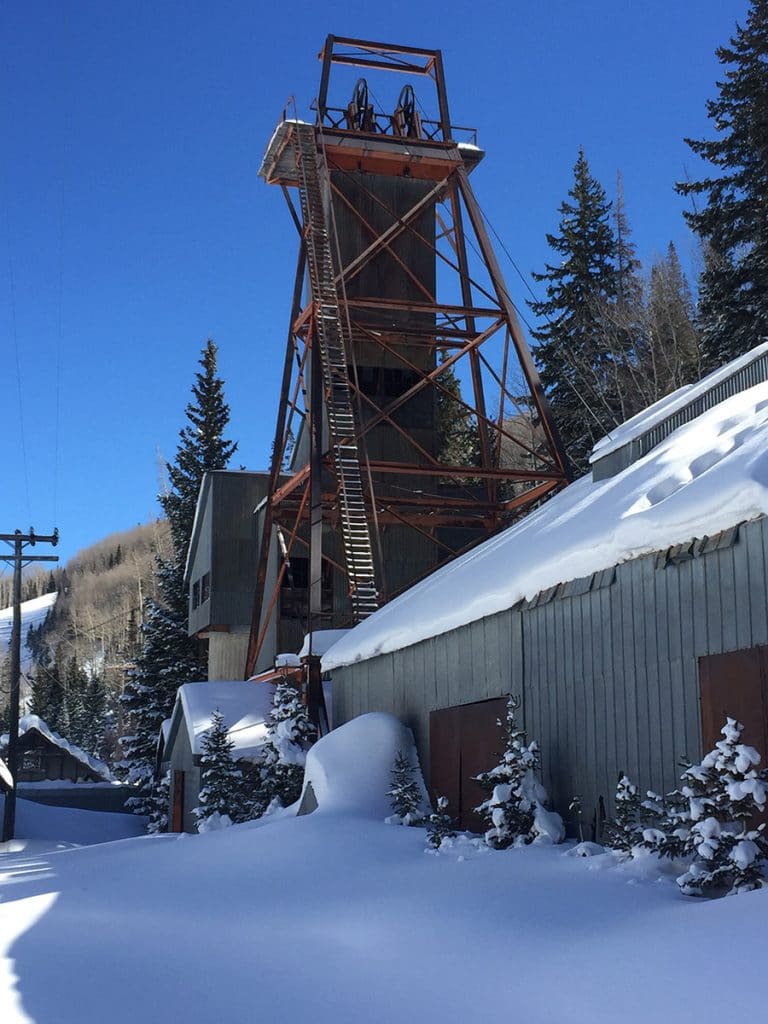 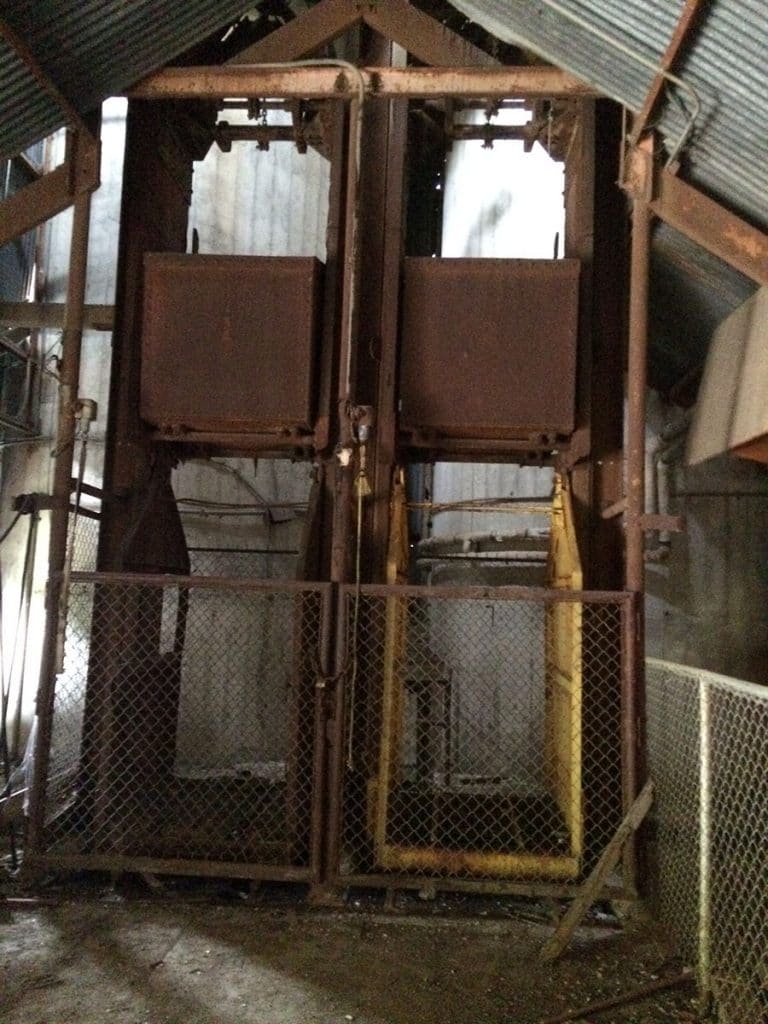 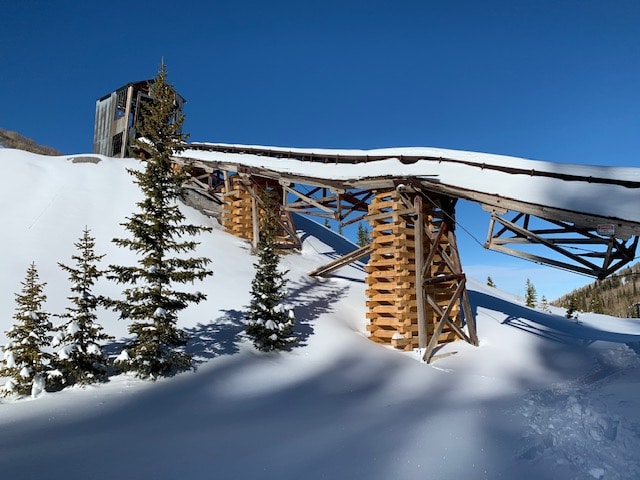 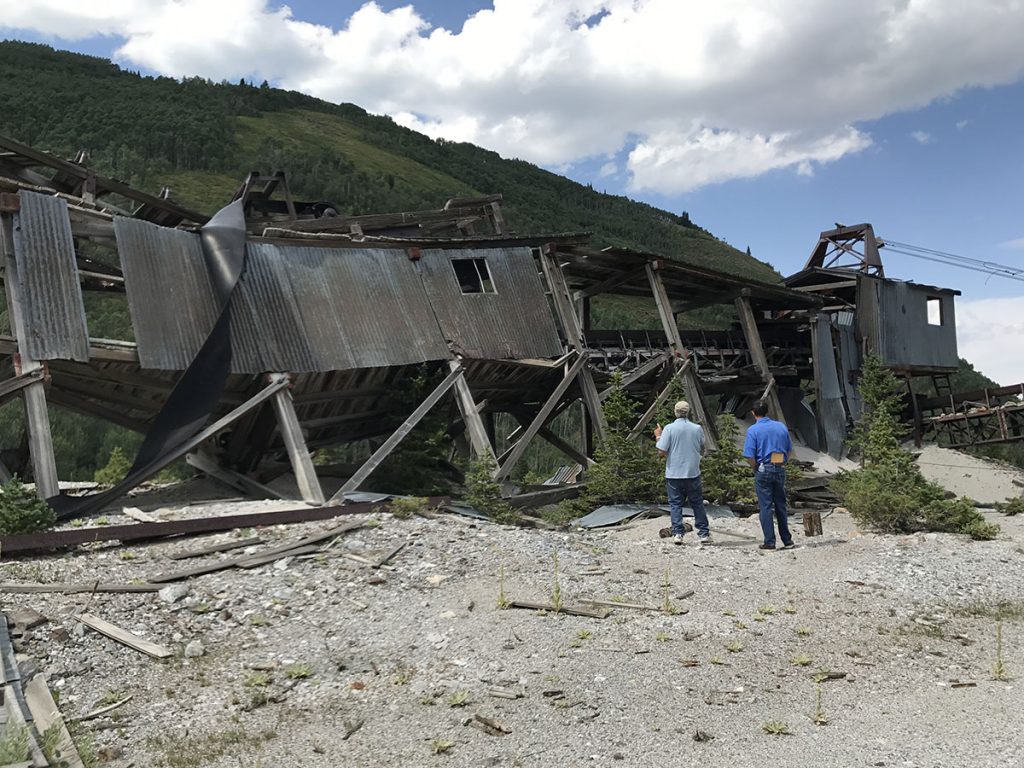 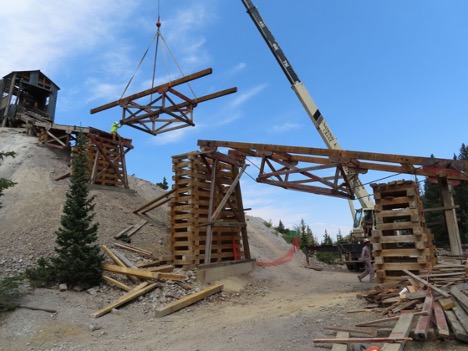 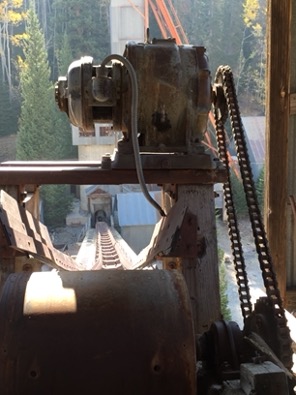